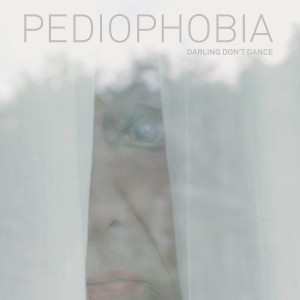 It’s been exactly five years since Darling Don’t Dance released their acclaimed album City Ghosts (2012), which among other praise, was given five stars by Soundvenue with the following comments:

“Three-quarters of Darling Don’t Dance could be J. Mascis’ lost daughters. They play in the spirit of the long-haired Dinosaur Jr. front-man, with shining melodies and real-deal, grunge-heavy guitar crunch saturated by Big Muff pedals.”

Even though the band’s musical processes have been turned upside down in the last few years, the Big Muff still holds a secure place on lead guitarist Maria Hammelsvang Pedersen’s pedal board. The band continues to operate within the noise-rock universe, their sound dominated by distorted guitars, Anders Haaning’s skillful, powerful drumming, and the reckless vocals of lead singer Julie Vestergaard Nissen.

Comparisons like Sonic Youth, The Breeders, and PJ Harvey are inevitably called to mind when listening to Pediophobia, and while Darling Don’t Dance has learned a lot from its forerunners, the band are secure in their own musical style. Darling Don’t Dance revel in dissonant noise textures, and aren’t afraid to showcase a beautiful melody either – a combination that defines the compositional style of Pediophobia.

Lyrically, Pediophobia tackles subjects such as motherhood, identity crises, abortion, and suicide, thereby highlighting numerous taboos that the album’s lyricists, Julie and Maria, think are all too often neglected. “Pediophobia” literally translates to “fear of dolls,” although in the context of the album it more directly suggests “fear of motherhood.”

“The inspiration for our new album Pediophobia doesn’t stem directly from our daughters, but becoming a mother has been a catalyst for cultivating and translating the concept of “anxiety about motherhood” – something that, unfortunately, isn’t talked about openly enough in everyday life. Taken together lyrically, all the songs on the album make up a short story that takes the reader through a progression from the shock and the identity crisis I experienced through both pregnancy and maternity, to the recognition and acceptance of the fact that my life had now changed forever. The story doesn’t have a happy ending, but rather an open ending, returning to an inescapable consequence: the existential vacuum.”

This short story can be read on the back cover of the album’s vinyl pressing, which can be bought or ordered at Danish record stores, or purchased at the band’s record release show at Brass Monkey (Enghavevej 31, 1674 Copenhagen V) on April 8.

Darling Don’t Dance are ready with a powerful new single, ‘My Body Is A Cave’, from the upcoming mini-album ‘Pediophobia’, which will be released on Friday April 7, via Ultrasound Records. 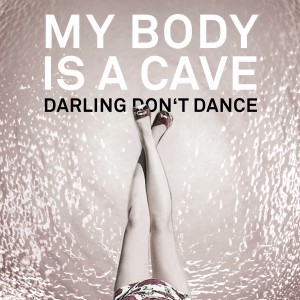 Listen to the new single here:

The Danish noise-rockers offer another hair-raising single from their forthcoming mini-album, ‘Pediophobia’, the title track of which was released as the first single last September.

“Where ‘Pediophobia’ detailed an identity crisis connected to motherhood, ‘My Body Is A Cave’ grew out of the frustration that overwhelmed me during my maternity leave. Even though the song is a kind of anger outbreak, there’s also the recognition that it’s important to try to enjoy the moment, and that nothing lasts forever. You always get through the day, and when you wake up the next morning, the night is usually forgotten.”

If you can’t wait until April 7th to hear more from Darling Don’t Dance, the new songs will be showcased at the band’s concert at Musikcaféen in Copenhagen on March 15th, with additional shows to follow:

Darling Don’t Dance return after a few years during which their musical direction and process were flipped upside down. The band are back with a broader perspective, greater drive and much more to tell.

The band continues to explore the noise rock universe of their last record ‘City Ghosts’ (2012), dominated by powerful guitars, propulsive drumming and heartfelt, yearning vocals, where influences such as Sonic Youth, The Breeders and PJ Harvey are apparent. But the new songs also turn in a more undiluted grunge direction that naturally calls to mind Dinosaur Jr. and Veruca Salt.

Darling Don’t Dance revel in dissonant noise textures, and aren’t afraid to showcase a beautiful melody either – a combination that defines the compositional style of ‘Pediophobia’. The lyrics tie the songs together and tell a story. The album’s title extends from the lyrical content, which deals in part with some of the taboos associated with motherhood, and in part with an even broader concern: the existential vacuum.

My mind is a prison

My body is a cave

No need to separate

We are supposed to beat the day

Drain me ‘till I’m no one

It’s where you need to be

My heart is right here

No need to separate

We are supposed to beat the day

Darling Don’t Dance are back with a new single

Four years in the wilderness, an identity crisis and three friends’ solidarity. Such is the inspiration behind, and the essence of, the new single “Pediophobia” by Darling Don’t Dance, to be released on the band’s own record label Ultrasound Records on September 16th. The single marks the beginning of a new release cycle for the band. 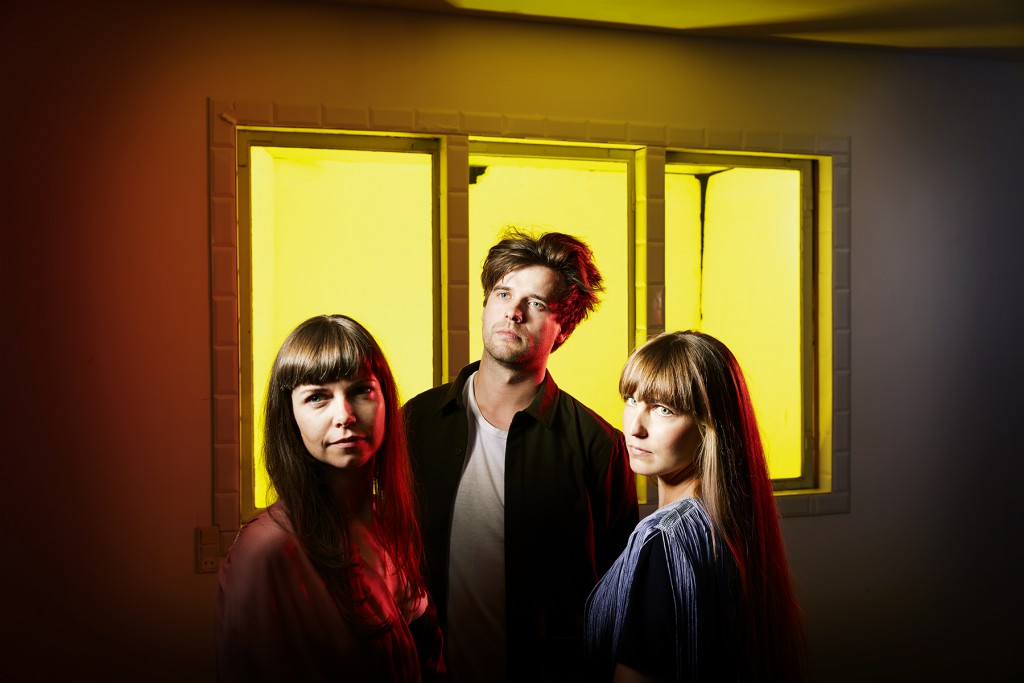 Listen to the new single here:

Our new single is essentially about an identity crisis I found myself in during my first year as a mother. It’s about both becoming an adult and finding your freedom limited by new responsibilities. The song is also about the taboos I’ve unfortunately experienced in relation to motherhood. “Pediophobia” means “fear of dolls” and we’ve used that concept to interpret anxieties about motherhood and find a new starting point for continuing to write music.

Darling Don’t Dance don’t shy away from whipping up dissonant noise or highlighting a good melody. “Pediophobia” is the first single off a forthcoming mini album that will be released on the band’s own record label Ultrasound Records in early 2017. The band will also be touring in support of the album both in Europe and USA.
Grunge-hungry Danes can look forward to a big release party and concert with Darling Don’t Dance that will be announced later this year.

On their CV Darling Don’t Dance have a debut album, “City Ghosts” from 2012, mixed and mastered by the American producers John Agnello and Greg Calbi. Soundvenue called the album a “raw, strong offering” and awarded it five stars. The album also garnered international attention, from among others the British music blog Just Music I Like, which declared: “City Ghosts is here to grab your attention and boy does it do that.”
In 2009 the band released the EP “Bare Frames” which included the garage-rock hit “Wake Up Pity Stops”. The music site diskant.dk described the EP as “rousing, and leaves you craving more.” The same site also declared that: “Darling Don’t Dance have the talent, the songs and the radiance to leave a mark.”

just hold on tight I’m staying with you

nothing compares that’s what they told me

I will leave for a while
Sleep child

determined love, a life we once shared
breathing for two I fear where it takes me

Can be found here: www.smarturl.it/darlingdontdance

Read more about Darling Don’t Dance
at the official website.